20 Aug Antoinette in the Cevennes

Posted at 13:09h in Archive by CreativeTeam

A mischievous ‘feel-good’ film that offers a funny and poignant reminder of the virtues of independence, and that the journey, not the destination, is often the reward. 40-something primary teacher Antoinette impulsively decides to embark on a hiking trip with an unlikely companion…a wise grey donkey named Patrick.

To attempt a long walk in the rugged Cevennes region of southern France at any time requires strength of purpose, experience, a level head. The heroine of Caroline Vignal’s disarming comedy has none of these.

Antoinette (Laure Calamy), a Parisian junior school teacher in her 40s, is just following her heart, hoping to cross paths with the father of one of her pupils. She is giddily in love with the wrong man, but judgment is not her strong suit.

Writer/director Caroline Vignal establishes this in the first scene, an end-of-term concert where she dresses in a spangly frock and sings over the top of her kids as if she’s on a talent show. Calamy makes us love her character here, tying her innocence to the level of her students. Antoinette has a beautiful spirit, but no inhibitors.

On the eve of the holidays, her lover Vladimir (Benjamin Lavernhe) stands her up. He must take his family hiking, instead of spending time with her. She books a trip in the same region, with a donkey as her walking companion. Other walkers, on the night before she sets out, call her mad. You are doing this alone and without experience? Only the women at the table, old and young, seem to understand.

Robert Louis Stevenson did this journey in 1878 with a broken heart and weak lungs. His stubborn donkey was called Modestine. Stevenson’s Travels with a Donkey in the Cevennes, published in 1879, is a classic travel book. He declares that his purpose is not ’to go anywhere, but to go. I travel for travel’s sake’ . The book is part of what inspired Caroline Vignal’s script, in her second feature.

After two minutes of donkey training, Antoinette sets off. She finds that her companion shares many of Modestine’s characteristics. Patrick has few forward gears, but he does have a depth of self-awareness. He will not walk unless Antoinette talks to him. Vignal makes good use of his donkeyness. He’s the strong, silent type. He becomes Antoinette’s confessor, guide, and sort-of friend along treacherous paths. When Patrick joins the story, the film becomes irresistible.

There is a tradition of French outdoor films in which time passes slowly, indifferently. The natural beauty seduces our senses, but the characters are often confused, especially by love. The rhythm, governed only by day and night, becomes another form of seduction. That’s very true of this film, in which a woman stumbles toward self-revelation, through comedy inflected with pain. Calamy’s performance has rightly been awarded for its superb shading, but let’s not forget the donkey, brilliant as her straight man. Who says nobody likes a smart ass? 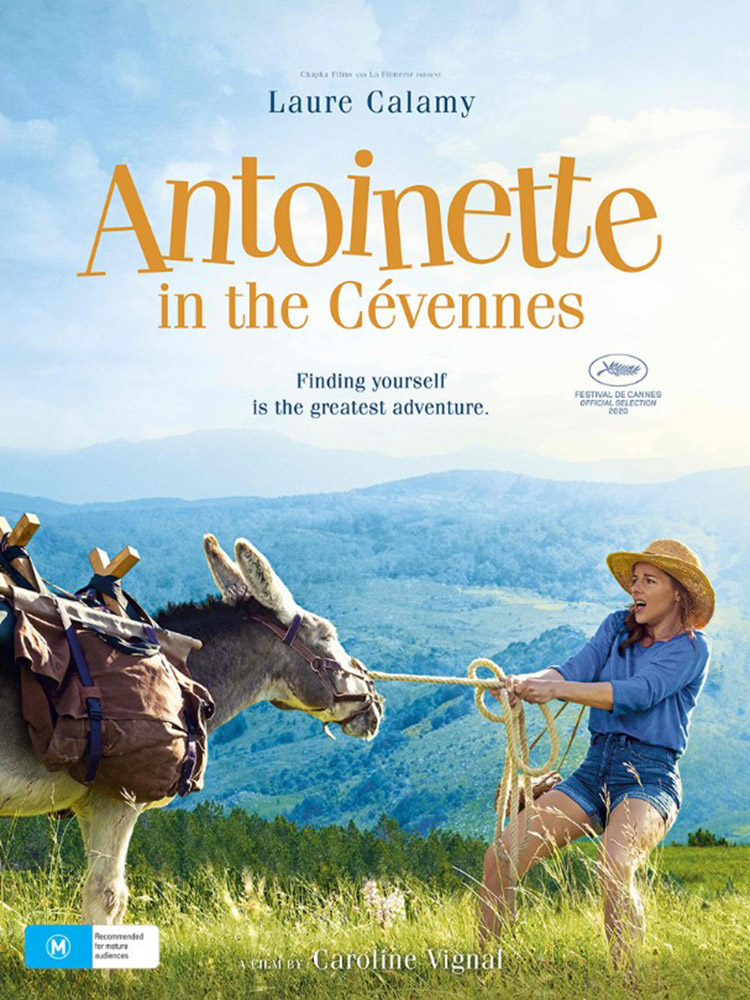