Posted at 12:52h in Archive by CreativeTeam

Set in 1950, newly-qualified nanny Alice, takes a job in Lebanon. Life is good until the civil war breaks out.

Chloé Mazlo delivers a very original and extremely charming feature debut, tackling the history of the Lebanese conflict through a love story, a family, and an approach both poetic and melancholy

Many films were severely hit by the Covid-19 crisis, forced to remain in the starting blocks interminably with release dates pushed further and further back, before being released practically in bulk in cinemas as other events and productions were appearing on the horizon. Among these works slightly sacrificed by our times, some however truly deserve our attention. One of them is Skies of Lebanon, the feature debut from French director Chloé Mazlo.

‘I want to walk with you along the path that leads to the sky’. We are in Beirut, in the 1950s, and Alice (Italian actress Alba Rohrwacher), who ran away from her Swiss family to work in Lebanon in a family of expats, meets the young astrophysics university student Joseph (Wajdi Mouawad) whose ambition is to build a rocket to send one of his fellow countrymen to space.

A delicate idyll, a wedding, the birth of a daughter, the time happily passing — until 13 April 1975, when a shooting breaks out in town. It’s the beginning of the civil war… A conflict that progressively turns upside down the entire existence of Alice and Joseph, of their daughter Mona, and of the rest of the family who comes to take refuge in the two protagonists’ apartment, soon packed (‘it’s like a hotel, in here!’). As the negotiations are relayed on the radio and the violence escalates, making everyday life more and more frightening, a crucial question arises: to leave, or to stay? This choice brings to the surface profound disagreements in the couple, even beyond questions of love and emotion…

‘To create magical moments despite it all’. In tackling such a dramatic historical topic, Chloé Mazlo could have taken the paths already signposted by many films dealing with war via the microcosm of the family. But this filmmaker, who comes from the world of animation, is an artist equipped with a very singular personality and delivers a very personal film, in a unique style. Punctuated by poetic and handcrafted animated moments in stop-motion, Skies of Lebanon builds a fictional universe around an apartment with fascinating décor, providing a perfect backdrop for the talent of Alba Rohrwacher and the heart of this fascinating story to flourish.

Based on a script written by the director together with Yacine Badday, this tale interweaves individual destinies and collective tremors, like a series of family pictures detailing a travel through time to a paradise found before it is lost. 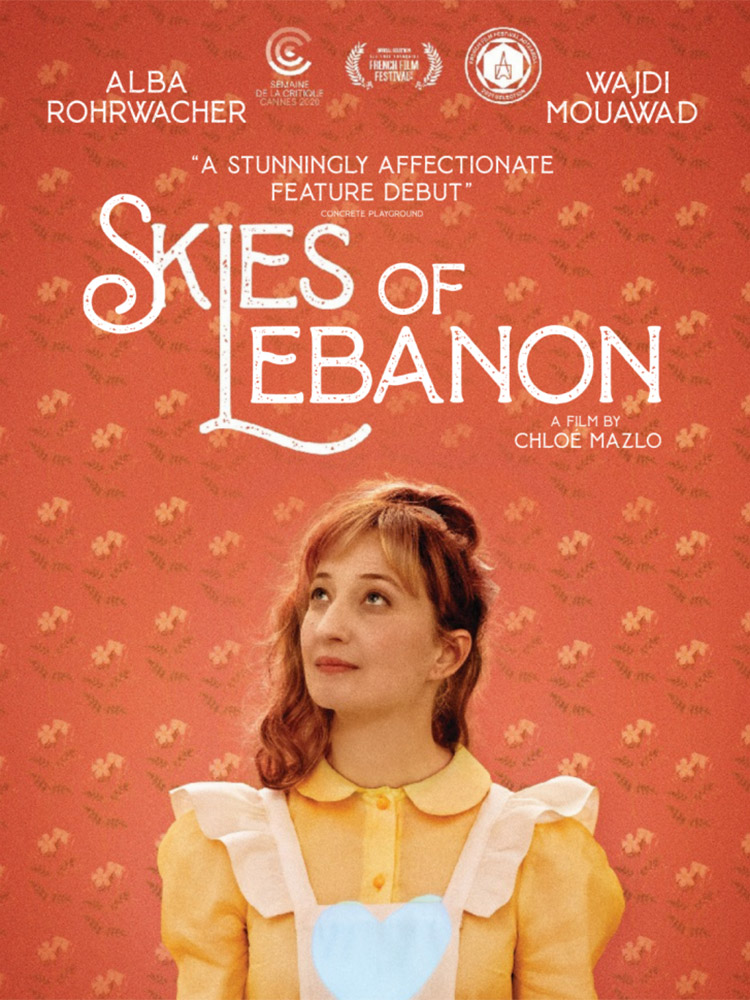