Posted at 12:28h in Archive by CreativeTeam

A witty, poignant, moving and even weirdly gripping film directed by Ben Sharrock. The setting is a bleak and starkly beautiful Scottish island [fictional] where a number of young, male refugees from Syria have been re-located as they await official word on their claims.

What a thoroughly wonderful sophomore feature from the British director Ben Sharrock. Despite an elegant deadpan style established from the outset, Sharrock soon gets you to invest in the characters and care deeply about what happens to them. Limbo is about refugees and asylum seekers in Britain, and it’s a bracingly internationalist and non-parochial piece of work: film-making with a bold view on the world but also as gentle and intimate as a much-loved sitcom. It reminded me at various moments of Aki Kaurismäki or Elia Suleiman or Bill Forsyth, with a distinct touch of Bruce Robinson’s Withnail And I.

The setting is an impossibly bleak and starkly beautiful Scottish island, fictional and mostly deserted, almost resembling a stage-set for Waiting For Godot (but filmed partly on Uist in the Outer Hebrides). Here a number of refugees from Syria and elsewhere – single men with no families – have been relocated in grimly functional hostels with a bare-minimum subsistence allowance. Forbidden to do any paid work, they must simply wait for the official word on whether they can stay. And as the narrator says at the beginning of Casablanca: they wait … and wait … and wait. The situation is taken broadly from real life.

There is Farhad (Vikash Bhai), who has come to Britain largely because he is a Freddie Mercury superfan, an essentially cheerful or at any rate stoic guy from Afghanistan. There is Abedi (Kwabena Ansah) and Wasef (Ola Orebiyi), brothers from Nigeria who are always quarrelling – once after viewing some Friends DVDs, about the issue of Ross believing himself to be “on a break” from dating Rachel, and then a serious falling out about the viability of Wasef’s dream of playing football for Chelsea.

Most dramatically there is Omar – a hugely gentle and intelligent performance from Amir El-Masry – who has left Syria with his family. But his mum and dad are still in Turkey while Omar took the gamble on moving onward to try for residency in the UK. Meanwhile his brother has gone back to Syria – or never left in the first place – to fight Assad. Omar is stricken with repressed rage, guilt and doubt that he has amputated his Syrian identity to spend his days on this godforsaken island in the middle of nowhere. Omar is (or was) a brilliant musician, a soloist on the oud, a stringed instrument. He can’t play at the moment, supposedly because of a wrist injury, but this is just an excuse: he is creatively and spiritually blocked. El-Masry superbly conveys Omar’s fear that to play the oud under these wretched circumstances would be an act of futility and disloyalty. He carries his oud around in its case, as Farhad says, like a coffin for his soul.

Sharrock superbly suggests the growing atmosphere of fear and anger that hovers like cloud cover: the men believe that they are deliberately kept in this stage of depression and desperation so that they will crack and ask to be sent home. Their contact with the state comes in the form of the drolly dramatised lectures they receive from two officials, Helga (Sidse Babett Knudsen) and Boris (Kenneth Collard), who tell them how to apply for menial jobs over the phone and the correct, respectful way to behave with women while dancing with them at a nightclub – a particularly bizarre instruction as these poor lonely men will never get near anything as exciting as that. Their inner lives are largely a closed book, although Farhad does let something slip about his life back home.

The emotional centre of the film is Omar, and El-Masry’s tremendous performance – particularly in the heart-rending conversations he has with his mother over the phone, demanding detailed recipes in a doomed attempt to eat in exactly the way he ate back home. He treasures the design of his oud, the front of which is a stylised representation of their garden in Damascus. The scene in which he points all this out to Farhad is almost unbearably sad. This is superlative film-making from Sharrock. 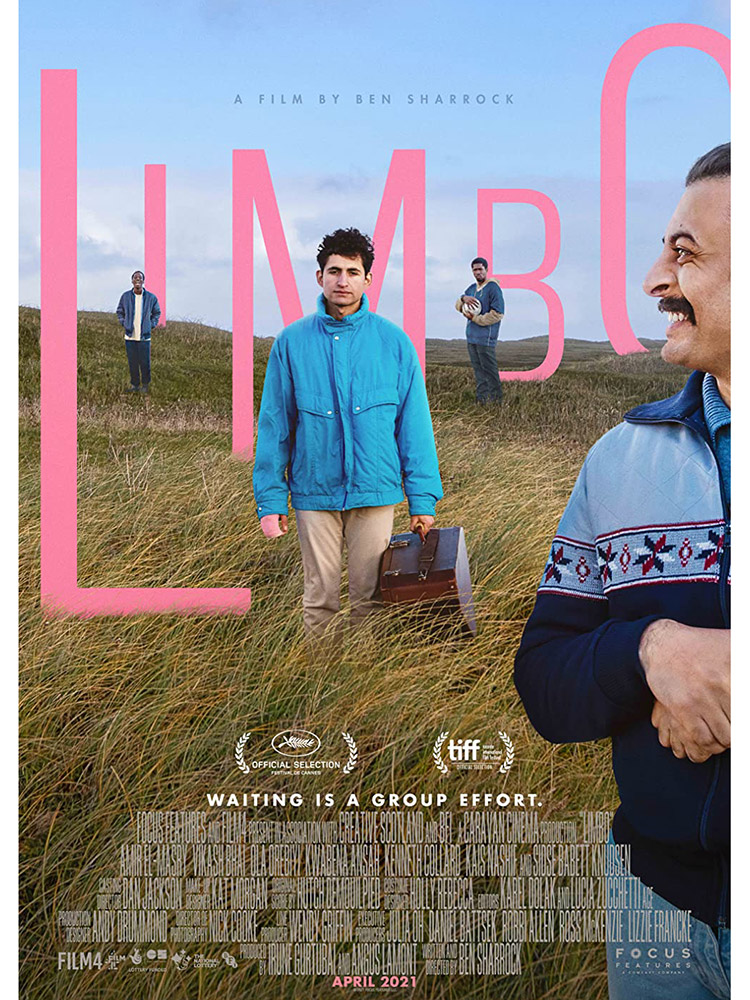