Posted at 13:44h in Archive by CreativeTeam

A charming Israeli film about a Russian couple who were employed dubbing foreign films into Russian in the old USSR but who discover, when they move to Israel in 1990, they have to find new ways to earn money.

Nowadays, the thought of a foreign film being dubbed as opposed to hearing the original actor say their lines with the translation subtitled at the bottom of our screen seems unbelievable. But it used to be the vogue all over the world, and many vocal artists made a living from being the local voice of big-name Hollywood actors.

Victor and Raya Frenkel were the golden voices of Soviet film dubbing for decades, lending their talent to everything from Dustin Hoffman and Meryl Streep in Kramer vs. Kramer to helping Fellini launch in the USSR.

In 1990, with the collapse of the Soviet Union, the Frenkels decide to immigrate to Israel, just like hundreds of thousands of Soviet Jews, and oy! What quite a culture shock for these non-ideological intellectuals and artists, hankering for Western civilisation.

In their sixties, Victor and Raya find themselves in not so salubrious surroundings and attempts to use their vocal training results in brushes with pornographers and pirates.

Victor inadvertently becomes involved in a black-market plot to duplicate videos of mainstream films which nearly lands him in prison.

Raya innocently answers an ad that delivers her to a sex hot line service, where she uses her experience in vocal nuance to present as a much younger, sexually alluring woman.

It’s all make believe, like the illusion of native linguistics on foreign tongue, but Victor is not enamoured of Raya’s giving aural sex to strangers. It is an affront to his male pride, a kind of performance anxiety that sees them argue and part.

To add an extra and unexpected event, one of Raya’s anonymous callers starts to obsess and becomes somewhat of a stalker.

In turns amusing, painful, and absurd Golden Voices is a beguiling little charmer, due largely to the casual perfection of the two lead actors.

Mariya Belkina as Raya and Vladimir Friedman as Victor personify their dilemma with stings and tickles that enlist the mind and the heart.

A film about the ordeals of the immigrant, about the chosen being frozen and promises broken in the promised land, Golden Voices is also a film born from a love of cinema, and so, is a must see for all cinema lovers. 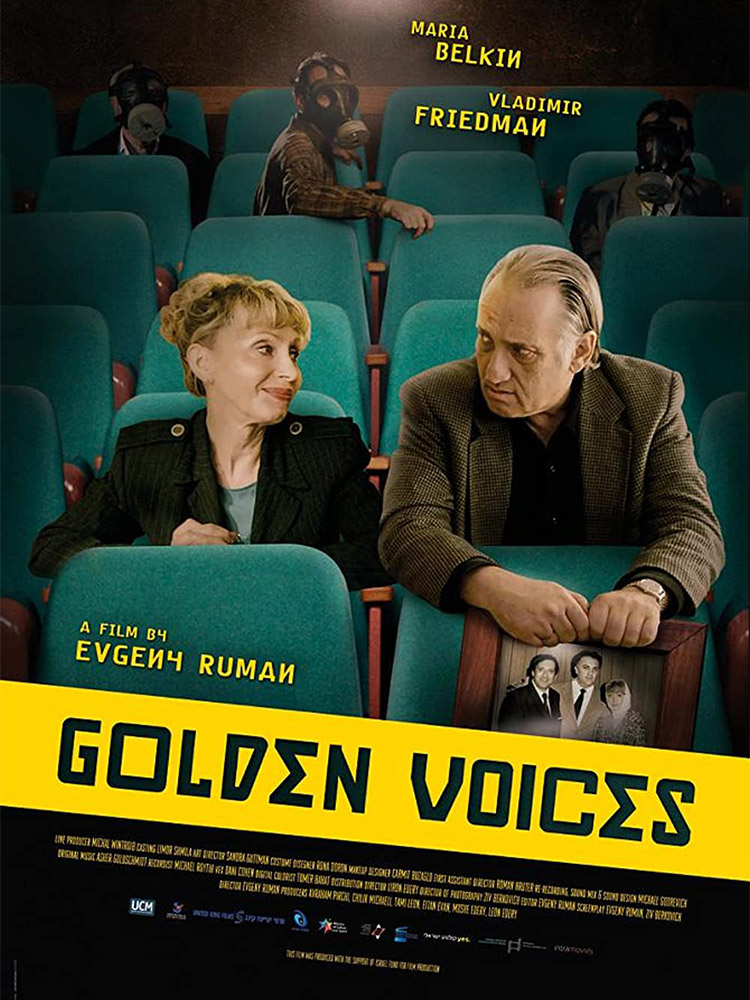