24 Mar Only the Animals (France)

Posted at 13:41h in Current by CreativeTeam

Following the disappearance of glamorous housewife Evelyne Ducat in the French highlands, the lives of five people inextricably linked to Evelyne are brought together to devastating effect as the local police investigate the case. Elegantly structured and darkly funny.

Review: Jordan Mintzer
Human foibles are the true culprits in Only the Animals (Seules les bêtes), a new thriller from French writer-director Dominik Moll. Spreading a murder mystery across two continents and chopping it up into a Rashomon-style narrative, the film can be a bit low on suspense in places but remains intriguing enough to keep you guessing till the last twist.

Adapting Colin Niel’s novel with his regular co-writer Gilles Marchand, Moll crafts a seemingly simple plot that gets increasingly tangled as it jumps from one character to another, taking some rather surprising turns but managing to make sense of it all by the last scene.

When we first meet home care nurse Alice (Laure Calamy) and her humdrum farmer husband, Michel (Denis Menochet), on the windswept plains of central France, they seem like your typical unhappy middle-aged couple. Alice is having an affair with the taciturn, slightly on-the-spectrum Joseph (Damien Bonnard), who’s one of her patients, while Michel spends all day stuck in his office apparently handling the farm’s accounts.
But when a neighbor, Evelyne (Valeria Bruni Tedeschi), turns up missing, her car abandoned on a local road, we start wondering how these people could be involved in her disappearance. Was Evelyne actually Michel’s mistress, which may explain why he arrives home one night with a bloody nose? Or did Joseph wind up killing her, which may explain why his dog has somehow been shot to death?

These and other questions will slowly but surely be answered as we switch from Alice’s point of view to that of Joseph’s and then to the young waitress Marion (Nadia Tereszkiewicz), whose relationship with the victim opens the film up into a whole new territory that raises even more questions. And then we switch viewpoints again, this time to Armand (Guy Roger “Bibisse” N’drin), a 20-something grifter in the Ivory Coast who could be the person tying everyone else together.

Like Fargo remixed with Babel by way of Atom Egoyan, Only the Animals starts off as an intimate rural mystery and blossoms into a global affair where several strangers wind up connected in unexpected ways. The script tosses out a few good curveballs, especially when the action suddenly jumps from France to Africa, but each plot reversal also gets us closer to the heart of the mystery — even if some of the twists seem a little far-fetched to be true.

Yet Moll also has a firm enough command as a director (this is his fifth feature) to render the fragmented drama credible, although he could have upped the suspense at times to make his movie more of a nail-biter.

What ultimately happens to Alice, Michel, Evelyne, Marion and Armand — regular people caught in something much bigger than themselves — is not without its own irony, though it’s one less tinged with laughter than regret. 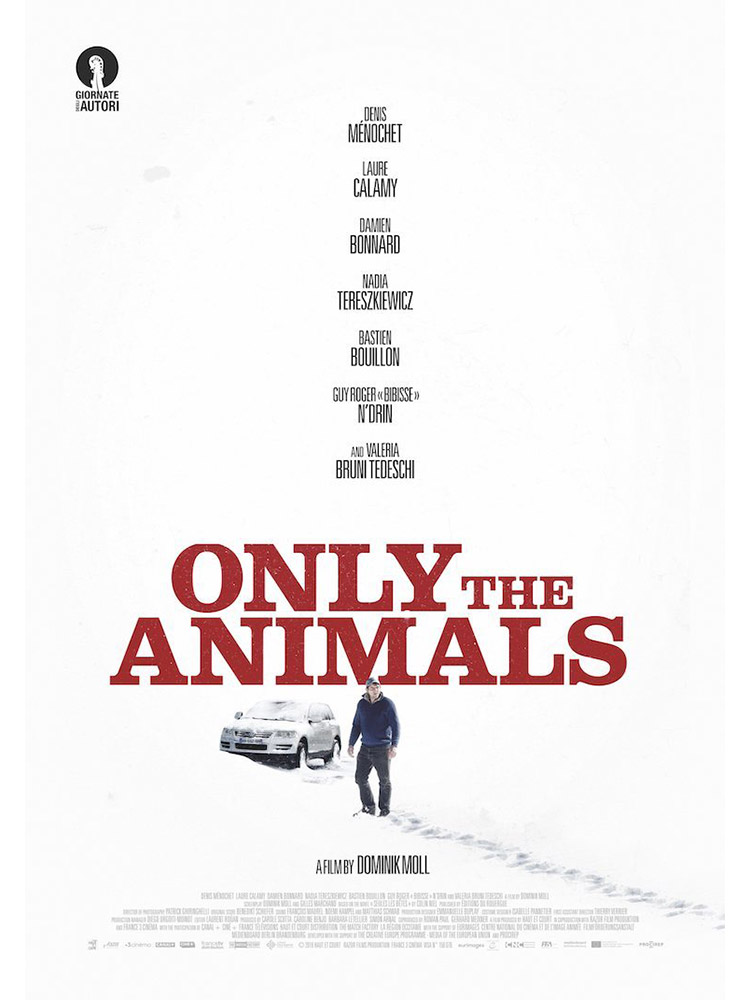