Posted at 13:33h in Archive by Neill Ustick

An elderly art dealer buys an unsigned painting at auction that he believes is worth much more than its asking price and investigates the history of the artwork.

Heikki Nousiainen’s understated central performance as Olavi Launio, an old-school art dealer in Helsinki, is an engaging blend of wounded pride and indefatigable enterprise. He is a man who eschews newfangled technology in favour of trusted typewriters, calculators and a Rolodex of business contacts. The production design team do a sterling job of making his gloomy apartment and gallery look lived in and layered with clutter. Paintings crowd the walls, books are stacked in wobbly towers, dark nights are lit by the amber glow from a single standard lamp.

Härö resists the temptation to pull too energetically on the heartstrings with the depiction of Olavi. He may cut a sad figure with his regular purchase of one cake at a neighbourhood pâtisserie, but he is also a wily businessman and selfish individual. Nearing the end of his career, Olavi still yearns for ‘one last deal’ that will make all his choices and sacrifices seem worthwhile. His dream appears to be answered when he attends an auction preview where the items include Portrait of a Man by an unknown master. Olavi believes it is a work by fashionable Russian realist painter Ilya Repin that could be worth a small fortune.

His investigation of the painting’s history coincides with the unexpected arrival of his grandson Otto (Amos Brotherus) who needs a job placement for his school credits. If Olavi is not as sentimental a figure as you might have feared, then Otto is not as crassly drawn a teenage upstart either. His appetite for McDonalds and his ease with new technology are an easy shorthand to establish the generation gap, but he quickly finds common ground with his aged relative.

One Last Deal blends a detective trail to establish the authenticity of the painting with a family drama in which estrangement thaws towards reconciliation. There are no great surprises along the way but it is entirely agreeable. An atmospheric Helsinki looks appealing, cinematographer Tuomo Hutri bathes key moments in a warm glow, and the use of classical pieces by Vivaldi, Rachmaninov, Handel and Mozart add a further touch of elegance.

Pirjo Lonka makes her scenes matter, lending a spiky exaggeration to the role of Olavi’s estranged daughter Lea. Heikki Nousiainen previously starred as Härö in Letters To Father Jacob (2009) and his understated central performance here is a large part of the appeal of this mellow, middlebrow charmer. 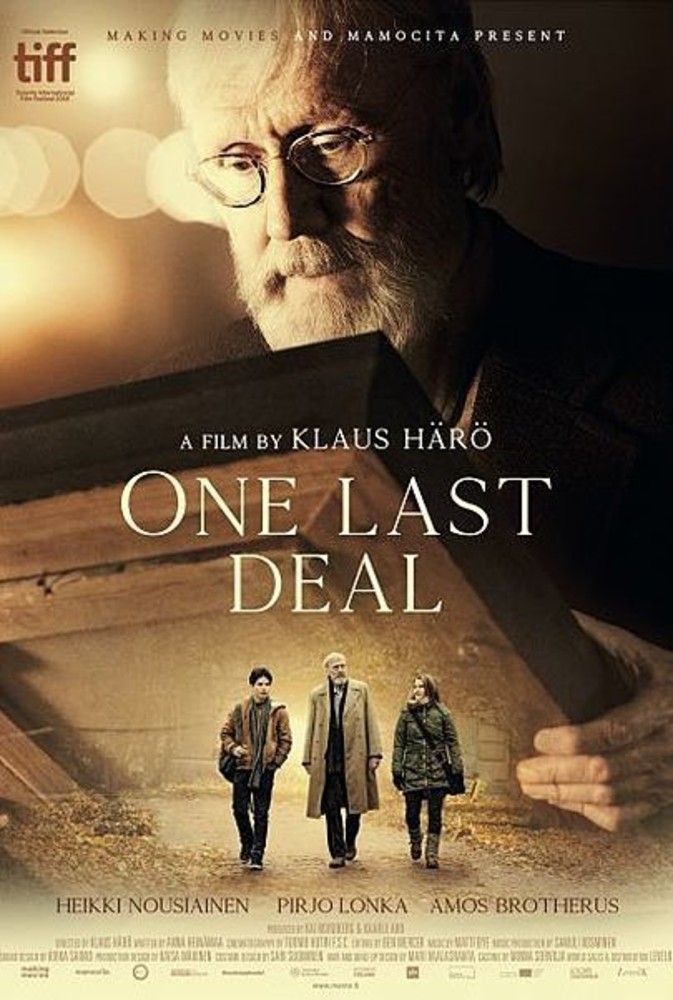