Posted at 11:52h in Archive by Neill Ustick

Manuel Lopez Vidal is vice-president of an unnamed political party whose leader, based in Madrid, is a formidable woman, Asuncion Caballos, known as ‘The Lady’. Lopez Vidal is a smooth operator but his opulent lifestyle is about to be threatened.

Whether the corruption in Spanish politics is a question of a few rotten apples or is tantamount to organized crime is part of an ongoing national debate, and The Realm firmly and excitingly, if unsubtly, comes down in favour of the latter option. Part thriller, part moral skewering and sadly part realistic portrayal, Realm is guided by a terrific performance from the reliable Antonio de la Torre at the centre of some fine ensemble work. It bowls along at an increasingly urgent, expertly handled pace, sacrificing nuance for impact in a way that feels entirely at one with the crude, morally unshaded world its protagonists have created.

Though it’s as Spanish as chorizo, The Realm‘s concerns, at a time of great political distrust, are universal. The film is a fine example of concerned, contemporary cinema that also happens to be a lot of fun to watch.

We open with an ambitious politico, regional vice-secretary Manuel Lopez Vidal on a beach, talking on a cell phone. A tracking shot from behind leads us into a busy restaurant where Manuel’s peers, a scuzzy gang whose seafood (and a great deal besides) is being paid for by the taxpayer’s dollar, are behaving like a group of loud, annoying, slightly feral schoolboys. This back-and-forth between the quiet and reflective and the noisy determines the film’s structure.

It is restaurants like this, and their bathrooms, where the political fate of the region (and by implication, the nation) is being decided, with power distributed among men (and women) whose only qualification for the job is the size of their cojones [balls]. The dialogue is rapid-fire, the character names escape us at first, and the mood in general is that of a high-speed blur of wheeler-dealing where nobody, including those involved, seems quite sure of where they fit in. The political old school, where corruption is the norm, is represented by regional president Frias (Jose Maria Pou), who chooses Manuel as his successor; the new school is embodied by Rodrigo Alvarado (Francisco Reyes), brought in to try and clean things up from the capital, Madrid.

The first arrest, for money laundering, land rezoning and a long etcetera of which they are all guilty, generates unease and the paper shredder is dusted off. It becomes clear that everyone’s worried about one particular scandal breaking, one whose real-world parallel will be clear to Spanish viewers. But as far as Manuel is concerned, the excrement will only really hit the ventilator when a secretly taped conversation of him makes its way onto the national media.

Direct though they are in their storytelling, Sorogoyan’s films have the virtue of confidently going with an idea if he likes it, running with an unexpected, oblique scene if it feels right.

In a similar standout vein, mention should be made also of The Realm’s final scene, whose penultimate speech drew a round of applause at the film’s San Sebastian screening — only to have the bravura final speech cleverly undermine that applause.

There’s a surreal, absurd side to all this, of course, that the script does well to countenance: How it is possible that political lives can hang in the balance based on the contents of a pen drive that may or may not be hidden in a shoe? One scene, shot on a balcony supposedly beyond the range of recording devices, allows Cabrera (Luis Zahera) to use comic exaggeration to hilarious effect as, on seeing the game’s up, he completely loses it. This is a rare opportunity for a group of middle-aged Spanish actors, to show their chops.

The Realm consolidates de la Torre’s reputation as an actor whose presence is practically a quality control stamp on any project he puts his name to. Playing a hatred-haunted, revenge-driven character in a state of controlled delirium, much as he did in 2016’s The Fury of a Patient Man, de la Torre is able to keep Manuel’s weakness (aka humanity) visible throughout, particularly via his clearly very real affection for his wife Ines (Monica Lopez) and daughter Nati (Maria de Nati). In the finest tradition of mafiosos, these guys are, quite sincerely and despite their moral idiocy, family men at heart.

Production values are high, accidentally lending the aura of glamour to fundamentally sordid lives. Visually, the film’s crispness and coastal light often feel interestingly at odds with the shadiness of the action. Much of the tension is the product of sharp scripting and Alberto del Campo’s editing, so it’s a shame that Olivier Arson’s throbbing, rather obvious electropop soundtrack is ladled on so heavily, reliably striking up whenever the viewer’s pulse needs to be set racing. 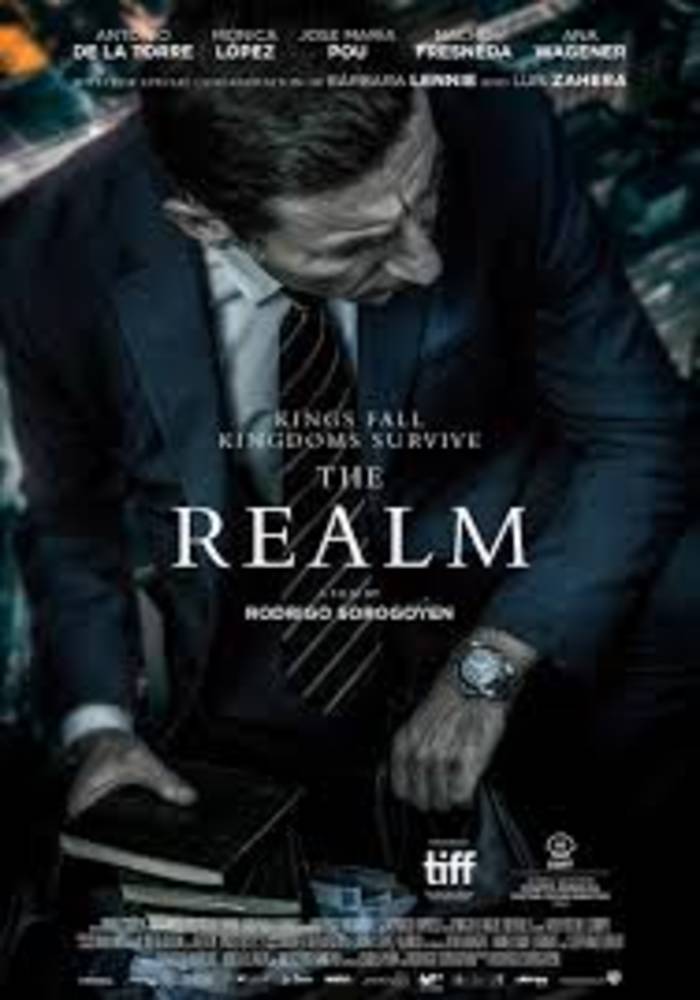