Posted at 11:41h in Archive by Neill Ustick

This award winning film is a secret love story set among the complacent wealthy gerontocracy of Paraguay’s capital Asuncion.

Paraguayan writer-director Marcelo Martinessi says he spent much of his childhood under a table, eavesdropping on the gossip being shared by the women of his extended family. He didn’t understand all of it but he picked up enough to give him the makings of the all-female world he conjures so evocatively in The Heiresses. The only male inhabitants hover on the periphery or feature as characters in the memories recalled by the women as they talk.

While the story is set in Asuncion, it’s impossible to fix on the precise period because the rituals and customs that govern everyday life seem to have been going on in the same way for decades. For Chiquita (Margarita Irun) and Chela (Ana Brun), however, this is about to change. Their recent descent into genteel poverty has forced them to sell off the crystal, the silverware and much of the furniture left to them by their families, and the opening scenes find them having to endure the condescension of their potential customers.

On first acquaintance, you may assume that they’re sisters, but they’re lovers – or they have been. Chronically depressed by their financial fix, Chela has long since ceased to be in the mood for love. And worse is to come. As a result of their debts, the irrepressible Chiquita has been convicted of fraud. She’s about to go to jail and, as Chela watches her disappear into the colourful and unruly crowd of women who make up the city’s female prison population, she experiences her own collision with reality.

She begins by getting back behind the wheel of the couple’s old Mercedes. Their neighbour Pituca (Maria Martins), an elderly extrovert whose arthritis fails to inhibit the vivacity of her performance, asks – or rather demands – that Chela drive her to her weekly poker game, insisting that her new chauffeur accept a wad of notes in return. Even better, she becomes her de facto manager. Pretty soon, the other ‘‘girls’’ around the card table are also patronising Chela’s taxi service.

Political undercurrents help to drive the storyline, but you may not detect them unless you’re faintly familiar with the military dictatorships and coups that have shaped Paraguayan politics for the past 65 years. It’s Martinessi’s contention that these authoritarian regimes would not have flourished without the implicit support of the bourgeoisie. In other words, he’s seeing the unchanging nature of the women’s lives as a reflection of the oppressiveness of the country as a whole. Chela and Chiquita may be broke but they have kept the Mercedes and they have a maid – an indigenous woman who has been trained to give a foot massage, but not to read or write her name.

Brun’s performance is an expertly modulated exercise in inner turmoil. Bubbly Chiquita and the hawk-like Angy are the attention-getters. The earthquake that Chela is experiencing is under the skin. She raises her voice only once. Then she’s so shocked by the sound that she makes amends as soon as she can. Yet she has a tremulous courage that makes you fear for her whenever she gets into the car.

In creating the claustrophobic atmosphere that he’s after, Martinessi resorts to the usual ploys – keeping the lights low and the palette muted, filming through doorways and laying on the close-ups. It’s all very deliberate but it’s effective, adding to the air of intimacy that he needs to make the film work.

It’s a small story but the points it makes about the corrosion wrought by class distinctions and the prejudices attached to them give it a dimension that will resonate wherever you happen to live. 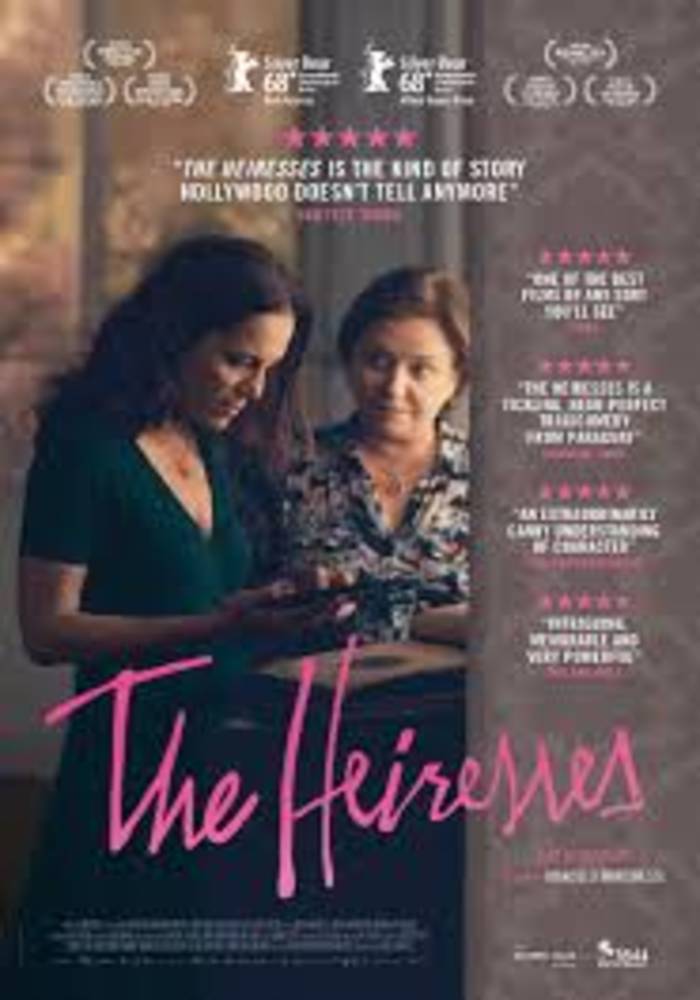