Posted at 11:31h in Archive by Neill Ustick

Alice Rohrwacher’s enigmatic drama is an unsettling and moving satire about the unquestioning toil of Italian peasants’ lives.

This is a beautiful and mysterious film that flowers into something inexpressibly moving, yet also disturbing and unaccountable. It is a pastoral enigma, and a satirical attack on exploitative feudal snobbery that may be closer to Italy’s present day than is widely assumed – and also a tale of reincarnation or time travel whose hero is a cross between two figures from the Bible: Lazarus and the Christ Child. Intriguingly, the director has revealed it is inspired by a newspaper story she remembers seeing some years ago. I would love to see a documentary, tracking down specifics.

At first glance, everything here could be happening around the end of the 19th century.

In a remote village, entirely aptly known as Inviolata (“inviolate” or “pure”), peasants endure lives of unquestioning toil. A group of young men gather one night around the farm building that houses the women, serenading them with zampogna, the bagpipes of southern Italy, and cheerfully demanding entry, because one has proposed marriage. The proposal is accepted. There is a meagre impromptu celebration. And a certain tousle-haired, clear-eyed young lad called Lazzaro (newcomer Adriano Tardiolo) is called on to carry an elderly grandma to the table to partake of the humble feast.

Poor Lazzaro is always being bullied and teased and ordered about, but his heartbreakingly good-natured smile stays in place. He and the 50-odd workers are harvesting tobacco on land owned by an imperious, cantankerous Marchesa Alfonsina De Luna (Nicoletta Braschi), whose hard-faced factotum Nicola (Natalino Balasso) enforces an arrangement whereby, in exchange for the crop, they stay in their unsanitary hovels rent-free and get whatever goods and necessities Nicola can deliver in his van. However, his book-keeping somehow always shows them to be in the Marchesa’s debt at the end of the month. They are trapped in mezzadria, or sharecropping, the serfdom of what is surely a bygone age, and have known nothing else for generations.

But wait. The ruling class has more modern-looking conveniences. And one fateful day, the Marchesa’s spoilt, manipulative and emotionally needy son Tancredi (Luca Chikovani) befriends lonely Lazzaro, because he wants him to help with a plan to fake his own kidnapping and gouge his haughty mamma for a fortune. The friendship is the greatest thing that has ever happened to Lazzaro, but the plan results in a police search for the rascally Tancredi, alerting them to something important about this community of impoverished and imprisoned slaves.

Everyone is to grow old, and cynical, crooked and defeated. But Lazzaro – as innocent as a child – is to remain in a state of grace, his calf-like gaze untroubled by resentment or anger or even awareness of his own martyrdom. This revelation, disclosing the wretchedness of exploiter and exploited, is a brilliant flourish from Rohrwacher.

The simple shift from the countryside to the big city is a shift that heralds a great irony – Inviolata was no Eden; the workers were no happier there than in the big city where there is a whole new set of injustices and cruelties. But they were younger, a state that has a kind of contentment. They were downtrodden by the Marchesa, and Lazzaro was downtrodden by them. Lazzaro was at the bottom of the food chain and yet he is the victor, the survivor. Through some sublime workings of fate, he has transcended the humiliating servitude and the fraud – which has been passed on from master to servant and has cheapened everyone but Lazzaro.

Yet the peasants appear always to have had a kind of magic power, with which Rohrwacher discreetly endows them, without emphasis. When aggrieved, they hiss through their teeth, appearing to whistle up a supernatural storm. It is a kind of divine justice, carried on the wind, that recurs when organ music floats out of the city church where Lazzaro and his old comrades had been forbidden to listen to it. Happy as Lazzaro itself is a weightless enigma, an unfathomable promise of happiness, gently tugging you upwards, like a balloon on the end of a string. 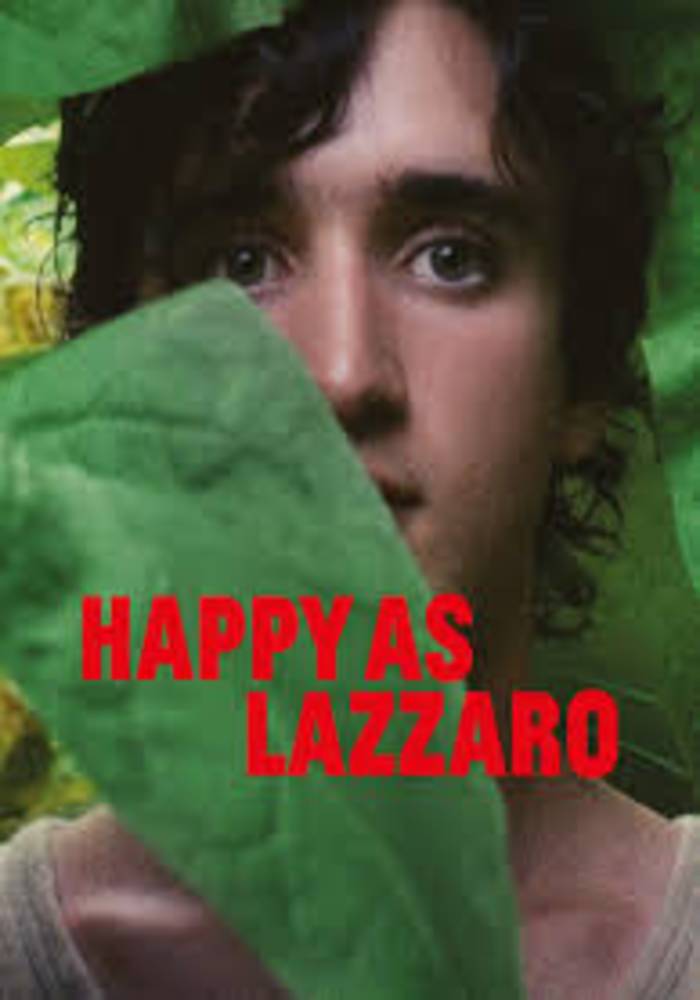