21 Mar Under the tree (Iceland)

Posted at 09:22h in Archive by Neill Ustick

A contentious tree casts a long shadow in a neighbour’s garden and ignites a long -simmering feud between two couples in suburban Reykjavik.

Under the Tree is a macabre and darkly funny slice of Icelandic noir – a bit like Fargo done Reykjavik-style. It starts off as a drama about husbands, wives and bickering neighbours, and then veers off in entirely unexpected directions. Pornographic videos, stuffed dogs, missing cats, hidden spy cameras, unacknowledged suicide and a long-running feud over a big tree in a front yard all drive the plot. The low-key beginnings belie an ending full of primitive violence. Pathos, humour and bloodshed are all intertwined.

Steinþór Hróar Steinþórsson plays Atli, the young husband discovered by his wife watching what appears to be a porn video featuring himself and another woman. He is quickly kicked out of the house and goes back to live with his parents. This first part of the film is reminiscent of low budget Dogme movie like Mifune or Festen. We feel a mix of pity and disdain for Atli, who seems very hapless and needy. In a hangdog fashion, he tries to persuade his wife to take him back – or at least to allow him to spend more time with their very young daughter. She is having none of it.

Atli has a brother who is no longer around. His neurotic and very sharp-tongued mother Inca (Edda Björgvinsdóttir) can’t get over his disappearance. His father, Baldvin (Sigurður Sigurjónsson), is more interested in protecting the tree than in the problems of his family.

The next door neighbour, Konrad (Þorsteinn Bachmann), has recently divorced and remarried. His much younger second wife, Eybjorg (Selma Björnsdóttir), likes to sunbathe – but the tree casts a big shadow over their porch. She and her husband are trying, and failing, to start a family. She may be struggling to get pregnant but she and Konrad are utterly devoted to their dog.

Slowly, the sub-plot about Atli’s parents and their next door neighbours begins to take over the movie. Amid the humour and the bad blood, Under the Tree is very perceptive about family relationships – about bad faith between generations and between husbands and wives, as well as over the garden fence.

The filmmakers continually startle us both with the bleakness of their world view and with their willingness to undercut even the grimmest scenes with an incongruously comic twist. The most banal-seeming moments are often the most poignant.

Director Sigurdsson and his regular writing partner Huldar Breidfjörd made their mark internationally with Either Way (2011), a similarly dry comedy about two road workers painting the tarmac in the remotest part of Iceland while trying to make sense of their lives. Under the Tree has a scope that the earlier film lacked. It shows that you can spin a yarn of extraordinary complexity, tenderness and ironic cruelty from the simplest materials. 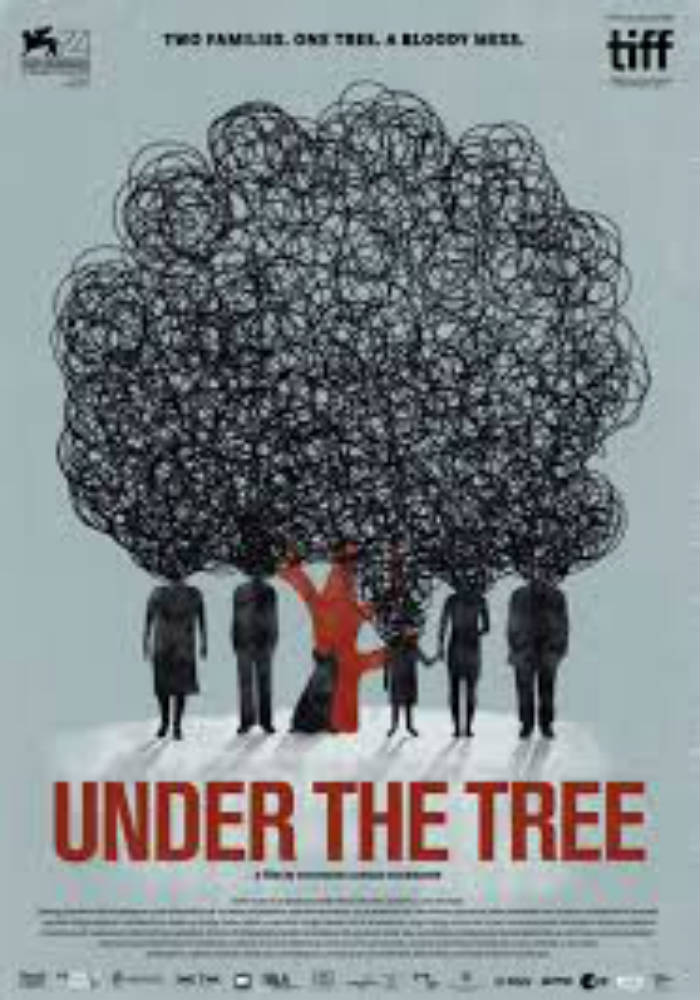