21 Mar The reports on Sarah and Saleem (Israel)

Posted at 09:04h in Archive by Neill Ustick

An affair between a Palestinian man and an Israeli woman in Jerusalem becomes dangerous when they are spotted in the wrong place at the wrong time.

Extramarital affairs have probably been the basis for too many films and TV shows. But in The Reports on Sarah and Saleem, Palestinian director Muayad Alayan adds a meaningful new twist to the tried and tested focusing on two couples caught on opposite sides of the Israeli-Palestinian conflict. Premiering in competition in Rotterdam Film Festival, this well-acted feature somewhat overstretches its welcome in the second half, but still makes for a compelling drama in which the personal crosses paths with the political.

Written by Alayan’s brother Rami, the story starts off in media res [without preamble] with a torrid bit of adulterous lovemaking between a married man and woman. He’s a Palestinian delivery driver named Saleem (Adeeb Safadi); she’s an Israeli café owner named Sarah (Sivane Kretchner). The two live on opposite sides—geographically, politically and religiously—of Jerusalem, meeting up clandestinely at night to have sex in Saleem’s van. Otherwise, they do their best to maintain stable home lives: Sarah with moody Israel Defence Force officer David (Ishai Golan); Saleem with his pregnant wife, Bisa (Maisa Abd Elhadi).

Things seem to be going fairly smoothly until Saleem decides to take Sarah along on a late-night ride to Bethlehem—a West Bank city under Palestinian authority since 1995. During the excursion, he nearly gets into a bar fight with a local, and the repercussions will turn a not-so-innocent fling into a minor international crisis.

The film’s first half cleverly weaves the story of the affair into the larger fabric of Jerusalem’s current status as a city divided along religious and ethnic lines. As much as Sarah and Saleem are passionately attracted to one another, and as closely as their lives intersect, the two inhabit separate worlds.

Muayad Alayan coaxes excellent performances out of the two leads and their supporting spouses, and even if the drama can seem heavy-handed in a few places, it remains quite believable throughout. The director perhaps pushes things too far into legal thriller territory during the closing reels. But such a detour only further underlines how impossible it is, in a place like modern-day Israel, to ignore politics in everyday life, and the ‘reports’ of the film’s title come to signify how a casual affair can be blown out of proportion and snowball into a matter of international urgency.

Handheld camerawork and naturalistic lighting by cinematographer Sebastian Bock capture the many contrasts between East and West Jerusalem—as well as the roads Sarah and Saleem take as they navigate between the two. 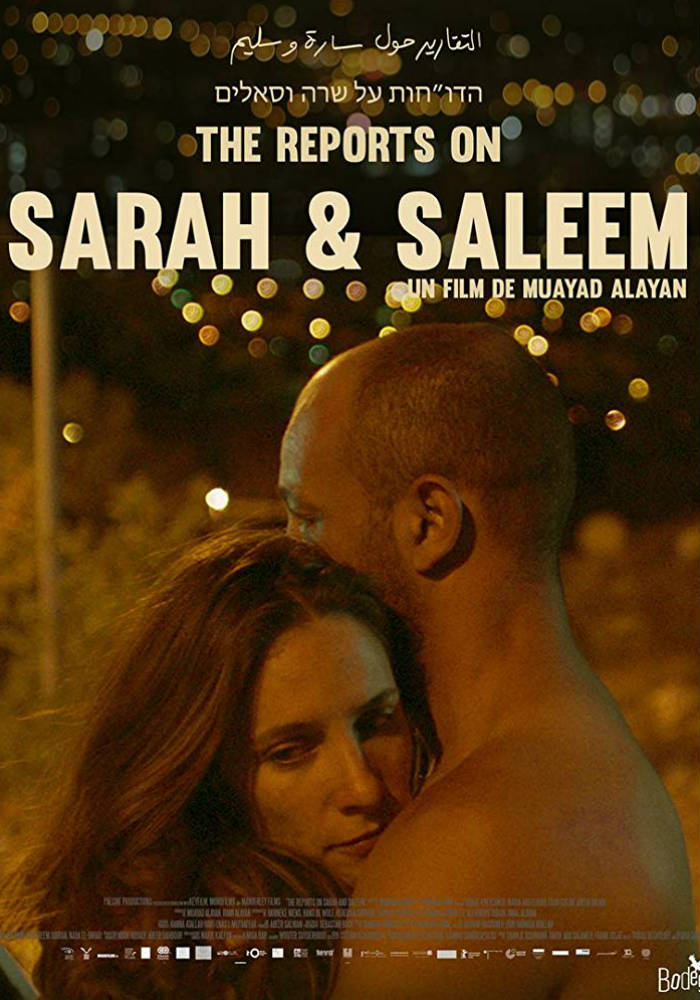