10 Oct After the Storm (Japan)

Posted at 20:40h in Archive by Neill Ustick

This family drama is a 21st Century variation on the classic Japanese style of bittersweet regrets along with acceptance of life’s disappointments and impossibilities. A film of wit and understated humanity coloured with gentle humour and wry observation.

A gambling-addicted private eye spies on his ex-wife in Hirokazu Kore-eda’s drama, which, despite its grubby setting, is understated and delicate. The title of Hirokazu Kore-eda’s new movie is ironic. The TV weather forecast says a typhoon is imminent, and the characters are subtly influenced by its inexorable approach. Situations are intensified and complicated. The drama is actually taking place before the storm, during the storm – or maybe instead of the storm. The period of rest that the title appears to conjure up happens very late, if it happens at all. Yet there is no climactic storminess in the action. After the Storm comes with the most extraordinary subplot, that in other circumstances could make a brutally hardboiled noir thriller.

That’s because the hero is, of all things, a private detective who is addicted to gambling and not averse to blackmailing an unfaithful spouse on whom he is spying, while also shaking down what used to be called the co-respondent for a payoff. He always has a mild, gentle manner and his appalling activities are accompanied by plangent, melancholy music, for all the world as if a nice, sad man is taking a sensitive walk in the cherry blossom’s shadow.

He is Shinoda (Hiroshi Abe), who has come home to be with his elderly mother because his father – a man whose reckless, spendthrift ways Shinoda has clearly inherited – has just died. He is divorced from Kyōko (Yōko Maki) and is struggling to pay the child support to her and their young son. He also has a tetchy, difficult relationship with his sister (Satomi Kobayashi), a stay-at-home mum devoted to her young daughter’s interest in figure skating, and suspicious of her wastrel brother and his predatory designs on their indulgent mother – a lovely performance from Kirin Kiki.

In the hands of another film-maker, this situation might be the focus of a queasy black comedy. Intriguingly, Kore-eda simply passes over events that in a noir would get Shinoda roughed up or killed. Instead, he makes them an incidental, if absurd part of a larger story: Shinoda’s sad yearning for his ex-wife and child. There is such intelligence and delicacy in Kore-eda’s film-making, such wit and understated humanity. 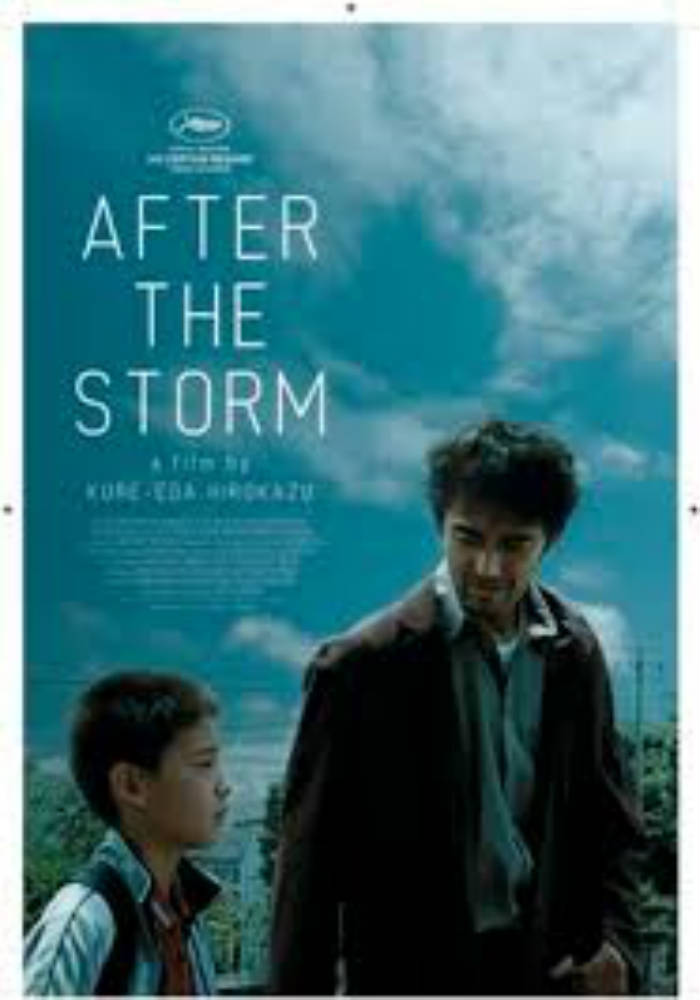