Posted at 12:41h in Archive by Neill Ustick

Eight men in their 40s are all suffering an identity and/or relationship crisis.

There’s a sense of helplessness that runs through each of the five vignettes in this Spanish comi-drama that prods mercilessly at the secret lives, fantasies, emotions and sexual prowess of its eight middle-aged male protagonists. Director Cesc Gay’s target is relationships; the ’gun in each hand’ of the title refers to male genitalia that seemingly cannot be controlled. Offering a somewhat cynical view of relationships and implying a total disconnect when it comes to male and female intimacy, the film offers some engaging moments largely due to its top cast, although elements within the vignettes are more successful than its whole.

Adultery, regret, contemplation, lust and betrayal are some of the emotions canvassed as men show themselves to be hopeless at communicating or properly dealing with matters concerning love and sex. The signs are everywhere. ‘I used to be normal’ (explains a cuckolded husband as to why he is secretly following his wife); ‘I need a change to break the monotony’, says another; ‘One wrong turn off the road leaves nothing the same,’ is another observation. The response to the question ‘Do you love her’ (‘being in love means a lot of things’) reinforces the theme that men have difficulty in confiding and expressing their innermost feelings.

A kinder approach is taken in the sequence involving Javier Camara and Clara Segura as the repentant husband who strayed and is now asking for a second chance. It is bittersweet: the husband reveals he dreams of them making love while his wife dreams of him being run over by a car – with her driving. Also touching is the opening sequence between Leonardo Sbraraglia and Eduard Fernandez and Ricardo Darin leaves a lasting impression as the desperate husband who wants his wife back at any price. Erectile dysfunction and abuse problems are also canvassed, reinforcing the difficulty that men face in communicating their emotional angst.

You could say A Gun In Each Hand is a concept movie – but not a high one. The concept is the synopsis: Eight men in their 40s are all suffering an identity and or relationship crisis. The execution of this concept is by way of several conversations which involve one or two of the eight men at any one time, and through the dialogue to relay a series of private details which, bit by bit, expose their lives … to some extent.

It’s a contrivance as a device, and stilted in the execution, limiting the potential of the concept. It begins with a chance meeting between two men in the lift lobby of a block of flats, one on the way out from a visit to a psychiatrist. The men are friends, though not in frequent contact, and as they gradually reveal, they know little bits and pieces of each other’s life.

Pertinent coincidences abound, and the film slowly rolls towards its predictable ending at a party. Countering the defects in the writing, the performances by the top notch cast are all wonderful, nuanced and engaging. 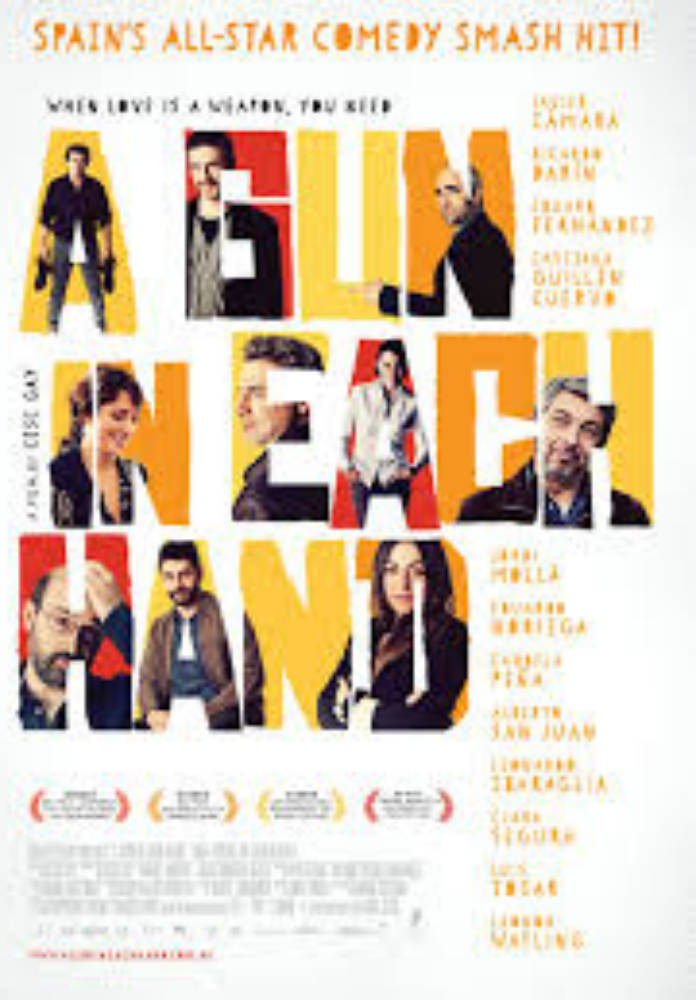