Posted at 12:14h in Archive by Neill Ustick

A Swedish family travels to the French Alps to enjoy a few days of skiing. The sun is shining and the slopes are spectacular but, during a lunch at a mountainside restaurant, an avalanche turns everything upside down.

Set in the spectacular French Alps, the avalanche that occurs at the beginning of the film is not the only dramatic occurrence. Moreover, the avalanche is symbolic of the chain of events that follows — namely a cascading landslide of human emotions that questions one’s instincts and actions, impacting on perceptions, perceptions of oneself as well as those of others. Swedish director Ruben Ostlund has written a story that plays out in some ways like a docu-drama, when the primitive instinctive force of humans is put under the microscope. While engaging much of the time — and the snowy setting is gorgeous — the pace is slow, with long pauses, which occasionally distract somewhat from the snowballing tension and friction between the characters.

The opening scene shows an outwardly happy family posing for photos in the snow. The setting is breathtaking: the clear sky is a perfect cobalt blue and the snow pristine. The Swedish family comprising Thomas (Johannes Kuhnke), Ebba (Lisa Loven Kongsli) and their two young children Vera (Clara Wettergren) and Harry (Vincent Wettergren), are clearly enjoying their skiing holiday together. The avalanche that triggers the chain of events occurs early in the film when the family is sitting at an outdoor restaurant and descends so quickly that confusion reigns. It is Thomas’ reaction during the avalanche that becomes the focus. Suddenly everything is different: the children are irritable, Ebba cannot accept what has happened and Thomas closes up like a clam. But it is not only Ebba and the children who are disappointed in Thomas’ instincts.

I like the way Ostlund involves other characters — the scenes when Ebba explains what happens to two other couples play out in a totally different way. All the while the frenetic violins of Vivaldi’s Four Seasons agitate as the emotional angst grows, communication becomes more strained and the glue that holds the family together becomes unstuck. The emotional heart of the film is powerful; it’s a shame that its entirety does not work equally well. 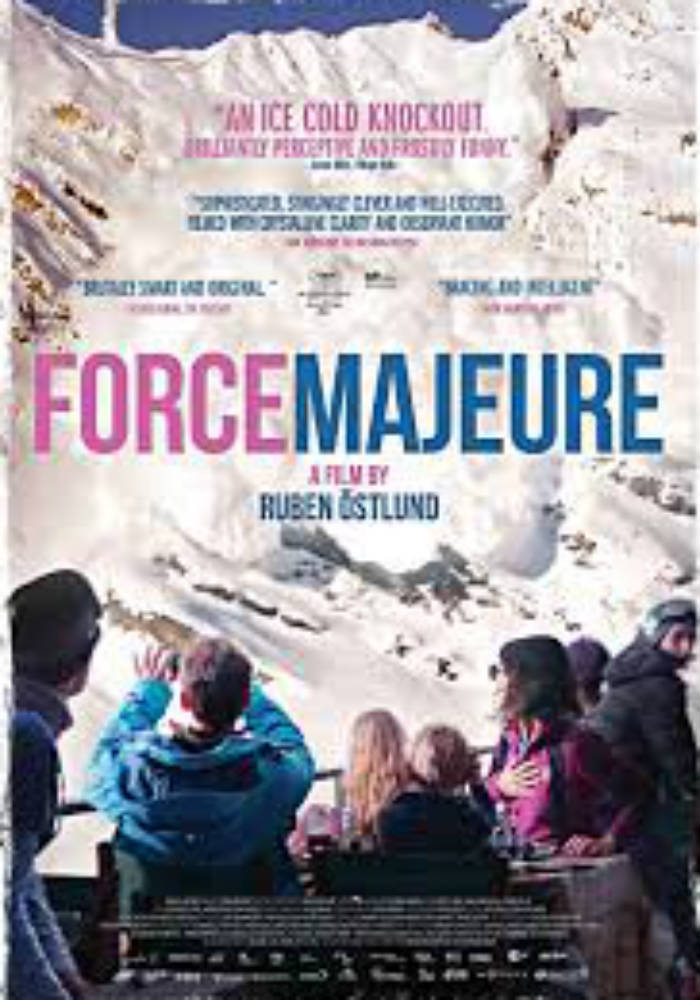