Posted at 14:50h in Archive by CreativeTeam

Frankfurt 1958: nobody wants to look back to the time of the National Socialist regime. But recently appointed junior public prosecutor Johann Radmann (Alexander Fehling) comes across some documents that help initiate the trial against some members of the SS who served in Auschwitz. But both the horrors of the past and the hostility shown towards his work bring Johann close to a meltdown. It is nearly impossible for him to find his way through this maze; everybody seems to have been involved. (Based on a true story.)

It may seem oddly out of time, this drama about a young German prosecutor in Frankfurt trying to catch ex Nazis in order to try them for their crimes. It may even seem redundant after all the films that have dealt with the Nazi era, but it isn’t. It begins just 13 years after the end of WWII in 1958, and shows how so many in Germany, certainly the younger generation, were so ignorant of Nazi atrocities that most of them had never heard the word Auschwitz . It ends with the beginning of a historic trial.

The point made in the film through the words of several characters is that, in the process of revealing the truth, the prosecution is making Germany confront its recent past – not just with those who committed the worst atrocities but ordinary Germans whose eyes were closed. “We should have seen/known/acted . . .” Nothing new in that concept, of course, but dramatized in this film it stings with fresh acidity. Radmann says in one tense scene: “I want this silence to end,” referring to the silence about the most potent subject in the world at the time.

Yet the film is more than another mea culpa: it’s a well crafted piece of cinema with outstanding performances, evocative score and design and powerful cinematography. (Among other accolades, it was nominated for Best Film, Best Screenplay, Best Score and Best Actor, posthumously, for Gert Voss in the 2015 German Film Awards.) The story includes not only the relatively minor officers and camp commander are targeted, but Eichmann and Mengele, two of the worst. In that respect, there is a touch of the police procedural about the film, but with much bigger stakes.

The screenplay develops layers of personal interest and drama, romance and secrets, helping to maintain interest and tension.

Nothing is black and white in this powerful drama in which an idealistic lawyer spearheads the investigations into the horrors of Auschwitz nearly 20 years after the end of the Holocaust. Germany’s entry in the foreign language Oscar, Giulio Ricciarelli’s debut feature is an emotional tour de force, as things become overtly personal for the protagonist lawyer’s obsession with ‘doing the right thing’. The elements are broad: it’s a historical drama, a thriller, a coming of age story, a romance and a story of redemption. Take a tissue: this is a film whose impact creeps up on you.

It is 1957 when we first meet rookie lawyer Johann Radmann (Alexander Fehling, superb) and we can sense his frustration at the prospect of concentrating only on traffic violations for the next two years. The story begins in earnest when Simon Kirsch (Johannes Krisch), an artist who lost his wife and twin girls at Auschwitz in tragic circumstances, recognises a former Nazi stationed there, now teaching at a local school in Frankfurt. Johann is haunted by his father’s motto of ‘veritas’ and his interest and keenness to help results in his appointment. This is a labyrinth, the attorney general tells him; don’t lose yourself in it.

For nearly two hours, we watch Johann lose himself – professionally and then personally – in his quest to find some kind of justice, resolution. We understand his disillusionment when moral issues are clouded by nebulous grey; when he thinks they are black and white. Debts are a matter of honour, Johann’s fiancée Marlene (Friederike Becht, enchanting) tells him; I like the way Johann’s relationship runs parallel to the film’s main theme, echoing the sentiments. When he asks Marlene whether his torn jacket can be repaired, the metaphor used depicting their relationship is charming. The circumstances of their meeting (in court) and the development of their relationship is wonderful.

We do not have to hear the stories from the Holocaust survivors; intensity in faces tells us all we need to know. We can understand the sentiments only too well. And just when you think that the issues cannot get any more tense, traumatic and complicated, it becomes personal. All the performances are faultless – from the po-faced attorney general (Johann von BŸlow) to Robert Hunger-BŸhler’s journalist to SekretŠrin Schmittchen’s stenographer, who cannot record the evidence without displaying her emotions.

I was extremely moved by this film – the power of the subject matter coupled by the personal nature of the story and accomplished story telling is a welcome surprise. The Frankfurt Auschwitz trials resulted in more than 20 former SS members being charged under German criminal law – the fact that it was such an uphill battle to achieve this, makes the story even more worthwhile. 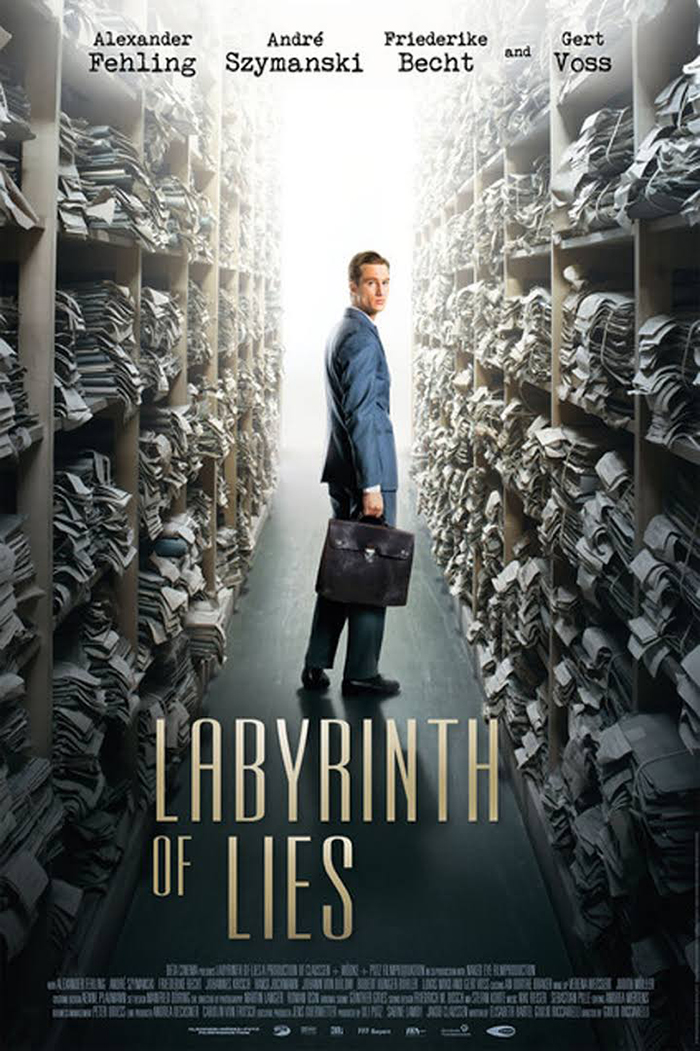