Posted at 12:15h in Archive by CreativeTeam

Soccer mad 14 year old Victor lives in a community of trailers and huts on the seaside with his single and severely unwell mother. When his mother announces that she would like him to live with her parents, Victor decides instead to seek out his long-absent father.

As in her first feature, Angele and Tony, this title is a rather introspective work, in which the nonverbal aspects of the actors’ performances often speak louder than words. The stars of her debut film appear again here, with Clotilde Hesme playing Nadia, a severely ill, trailer-dwelling mother, while Gregory Gadebois is Samuel Rovinski, a famous conductor who’s also the estranged father of Nadia’s child. However, it’s taciturn newcomer Romain Paul who steals the show as their tight-lipped 13-year-old son, Victor.

Life as an adolescent is complicated for everyone, though for Victor it’s even more complicated than for most. His mother suffers from a serious but unnamed disease that has made work impossible for her and the single mum and her son have no money for the upkeep of their beachside trailer as winter approaches. As if that weren’t enough for a teenager to worry about, the pressure’s on at school: Victor’s soccer coach (Farid Benali) wants him to prepare for special tryouts since he’s clearly got talent; the teenage daughter (Mireia Vilapuig) of the Spanish neighbors looks mighty interesting — it helps that she’s into daisy dukes [really short shorts] and bikini tops — and to top it all off, Victor’s father, a famous conductor he’s never known, has arrived in nearby Montpellier, rehearsing for a performance of Mahler’s Sixth Symphony with the local orchestra.

Rather miraculously, Delaporte, who co-wrote the screenplay with Alain Le Henry, keeps not only all her narrative balls in the air but manages to keep all the events and demands on Victor grounded in something akin to reality, as they never feel like plot contrivances meant to put the pressure on the protagonist.  Thankfully, even if there’s talk of money, or rather the lack of it, this is not a film that’s primarily interested in class issues or ideas of high versus low culture. And though clearly interested in music, which seems almost a necessity since none of the characters are particularly articulate about their feelings, thankfully The Last Hammer Blow doesn’t overdo it in terms of musical metaphors either.

Indeed, one of the strongest moments in the entire film sees Samuel sitting down with his son for an impromptu pizza lunch after the youngster has secretly hitchhiked to Montpellier several times to attend his rehearsals and to try to get his attention. Though both want to talk to each other, they have so little in common and know so little about one another that they struggle to come up with something meaningful to say. So instead, father and son rattle on about the things they do know about: music and soccer, respectively.

This non-conversation, charged with an undercurrent of love and the clear desire to act like normal human beings in a normal father-son relationship, is typical of Delaporte’s subtle modus operandi, in which the meaning of each scene has to come from reading between the lines. Similarly, wordless shots such as the one of Victor driving a scooter straight into the sea without even a helmet on, enhance the material as they offer suggestions of his psychology (here, frustration) as well as moments of visual poetry.

After playing lovers of sorts in Angele and Tony, Hesme and Gadebois have practically no scenes together in this film, since Nadia wants nothing to do with her former lover. However, the actors’ shared cinematic past subtly influences the dynamic here and each finds the perfect blend of their own personalities with that of their respective characters. Both play second fiddle to impressive newcomer Paul, however, who’s in practically every frame and who’s nothing short of mesmerizing. His Victor is constantly looking to hold on to what’s tangible while trying to come to terms with all of the elements in his life that seem to be in an uncontrollable flux.

The loose and natural cinematography by Claire Mathon (Stranger by the Lake, Angele and Tony)has a noted preference for shooting scenes at magic hour, in order to imbue the protagonists’ difficult family life and rickety (if pretty well-equipped) trailer in the dunes near the sea with touches of unexpected, if clearly deserved, beauty. The film’s score by Evgueni and Sacha Galperine initially plays with indie-rock guitar clichés before it starts to integrate more classical material as soon as Victor’s initially unwilling father appears. 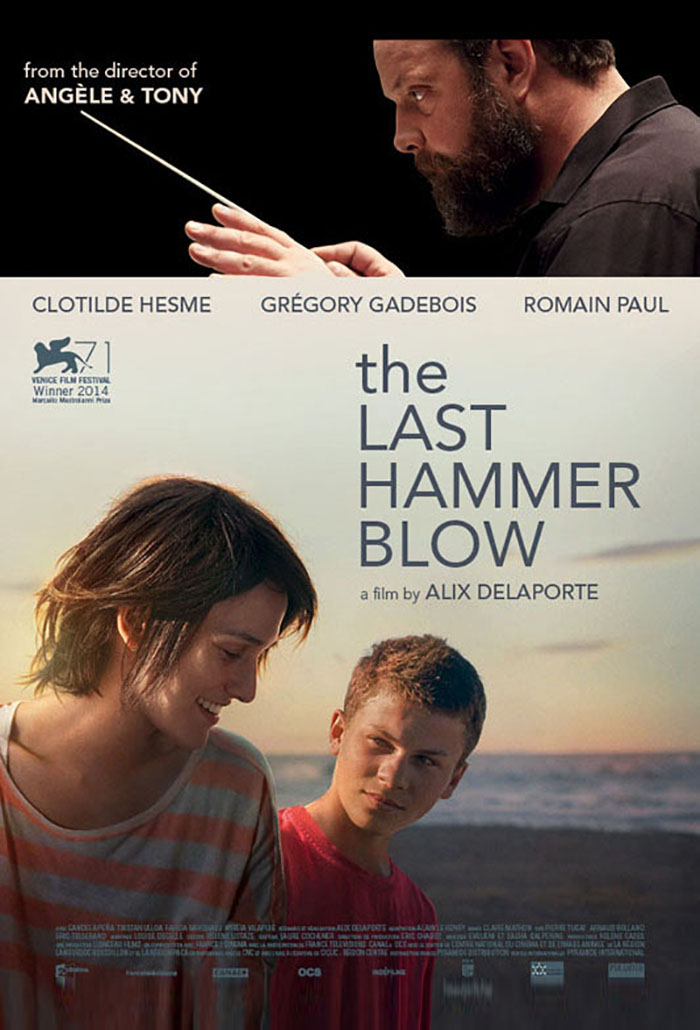