Posted at 12:11h in Archive by CreativeTeam

Endel Nelis (Märt Avandi) leaves Leningrad to escape the secret police in the early 1950s, finding work as a sports teacher in the small Estonian town of Haapsalu. He establishes a sports club for his students and begins teaching them his great passion – fencing, much to the disapproval of the principal (Hendrik Toompere), who starts investigating Endel’s background. As fencing becomes a form of self-expression for the children, many of whom have been orphaned as a result of the Russian occupation, Endel becomes their role model and father figure. When the opportunity arises to participate in a national fencing tournament in Leningrad, Endel must make a choice: put his own safety first or risk everything to allow them to compete.

Inspiration is the life-affirming theme of this charming story in which a fencer in Soviet occupied Estonia inspires the children he teaches to learn a new skill and face new challenges. Shortlisted for Best Foreign Language Film in the Academy Awards and winner of the 2016 Finnish Oscars for Best Film and Cinematography, the story is based on a true story about Endel Nelis, an Estonian fencing master in hiding from Stalin’s secret police, who founded a school for swordplay.

Armed with a succinct screenplay by acclaimed novelist Anna Heinämaa, director Klaus Härö manages the subject matter delicately, as he concentrates on the relationships between teacher and student on a politically charged backdrop. While there are no major surprises in the exposition, the film plays with heart and, as a result, we too are inspired. It’s a sweet film with uplifting elements – and performances that captivate.

Set in the early 1950s during the Soviet occupation of Estonia, we meet Endel (Märt Avandi) as he tries to start a new life in a remote town far away from Leningrad as a sports teacher – away from the prying eyes of Stalin’s secret police. His idea to teach fencing may be deemed to be unsuitable by the school’s principal (Hendrik Toompere), who declares it to be ‘a relic of feudal times’ but it is clear that the young students embrace this new challenge. We get a lovely sense of being there as the youngsters are taught ‘the precise sense of distance’ and ‘the need to know the whereabouts of their opponent’.

We become involved in the relationships and in particular Endel’s relationship with Jaan (Joonas Koff), the young boy whose grandfather has a history with fencing, and with little Marta (Liisa Koppel), the angel faced blond child with skin like satin and a blunt manner. The romance that develops between Endel and his colleague Kadri (Ursula Ratasepp) is nicely handled; Ratasepp looks as though she has stepped from a painting from the era. In each of the relationships, the power of silence is well utilised, allowing the emotional impact to filter through.

Tuomo Hutri’s cinematography beautifully captures the wintry, desolate landscape while the music score (with large orchestral arrangements) underlines every emotional fork in the road. By the time Endel takes his new fencing team to compete against other schools in Leningrad, there is much more at stake than winning. 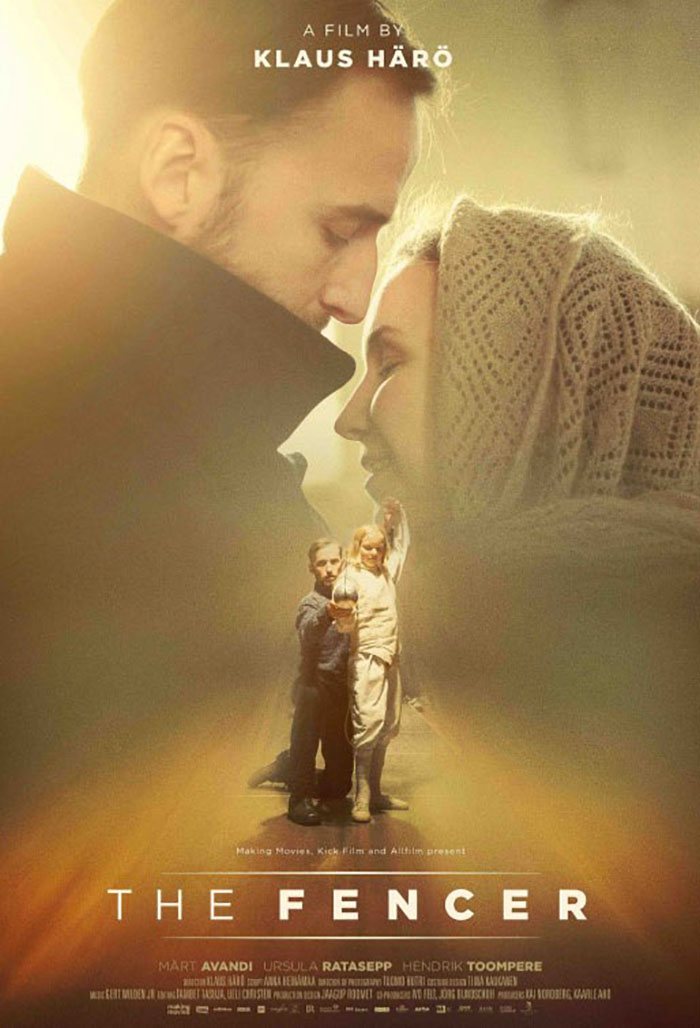